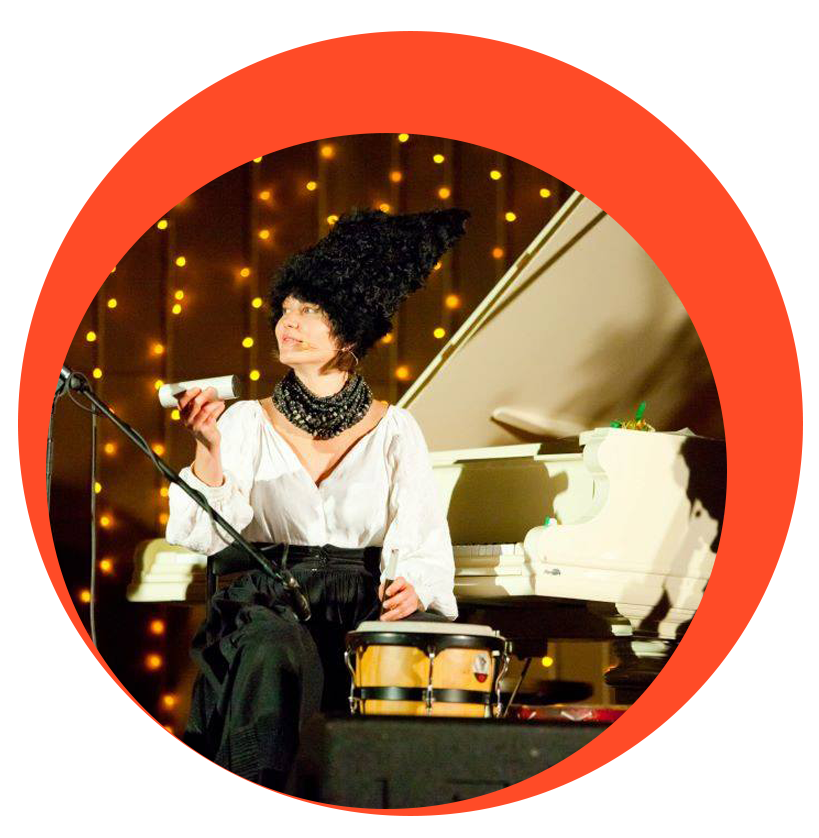 In a way, folklore (ethnic music) is a nation's genetic code. That is why folk art, especially music, plays a crucial role in the education of children. Therefore, the desire to enrich the traditional music education with the national color, not to forget the Ukrainian folk instruments of our ancestors, as well as to combine music, movement, and language into the world of children's play, and above all, the irrepressible thirst and energy of the course author Iryna Kovalenko, soloist of the famous ethno-band "Dakha-Brakha", encouraged us to launch the experimental project "Dakha-Bird".

Behind imaginary fun, play, and relaxed atmosphere there were quite serious educational tasks.
Exploring educational material that was close to the world of children's thoughts, images, and language, the little musicians traveled to the world of sounds, tunes, and songs that were born by history and nature! It featured rhythmic drawings, intonation through movement/ sensory capabilities and their musical communication, finger games, fairy tales, singing, and theatrical exercises...

Singing more with your heart, not your head is the main principle of training in the context of the project "Dakha-Brakha". You can think for a long time about how to properly sing a note. But you need to learn how to perceive yourself when you yell or whisper. We also shouted with the kids in the group "Dakha-Brakha" and listened to silence because any music starts with silence.

Children's Music Workshop of Iryna Kovalenko is the only place in Kyiv where a child could learn how to play horns, trumpets, reed pipes, and other ethno-instruments but at the same time develop a non-standard understanding of the world, creative self and the ability to improvise, cultivate musical taste, musical hearing, rhythm, vocal data, and musical memory.
"Dakha-Brakha" means "give" and "take" in Old Ukrainian. Therefore, the most valuable asset in the project "Dakha-Bird" was to teach children to give their creativity because it is so exciting and joyful!