History
Starting in 2010, our concert hall has become one of the key venues for hosting world premieres and communicating with the outstanding musicians of modern times. Therefore, both prominent Ukrainian and foreign musicians play on our stage, turning each performance into a truly remarkable event.
For 9 seasons in a row, the concerts have been held on a weekly basis. There were held more than 500 classical music concerts!

About the Mission
The project's mission is to unlock the potential of Ukrainian composer and performing arts, discover new names, and introduce Ukrainian viewers to world stars. Our desire is to integrate Ukrainian music into the world one.

About the Dream
We want to break the stereotype that classical music is a conservative, niche form of art. Our goal is to show that it can be contemporary and popular. Besides, we want classical music to become a part of our culture and a listening trend!

About Personalia
Particular calling of DIM MK is the constant cooperation with the Chamber New Era Orchestra, which sets the trend for quality and emotional performance of modern classical music in Ukraine.
Tetiana Kalinichenko is the permanent prominent art director and conductor of the New Era Orchestra and the curator of the MK Classics Project. 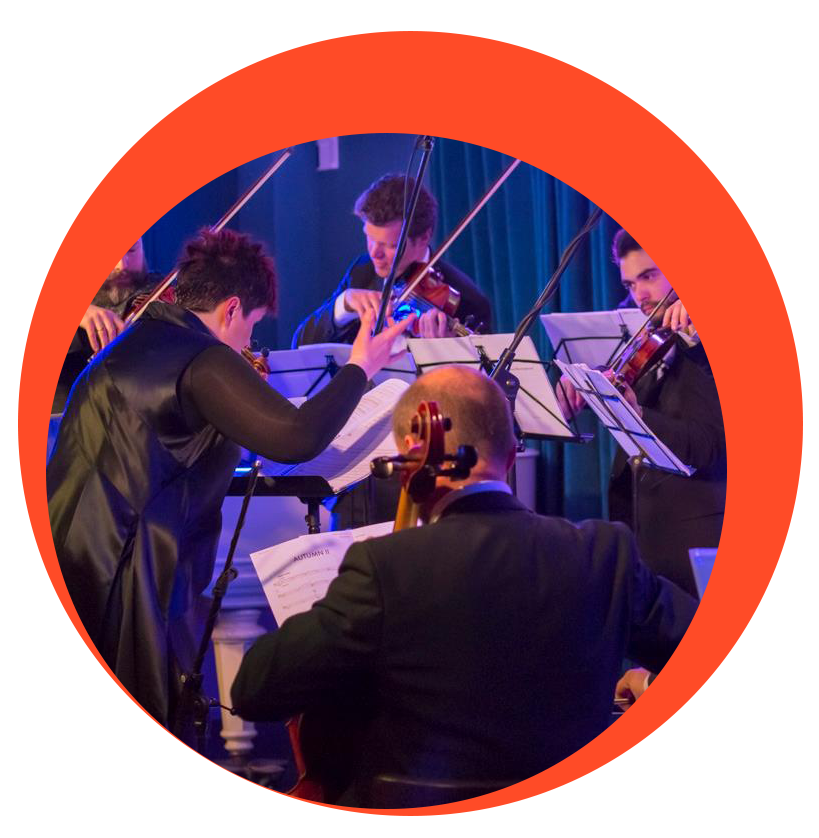 CLASSICAL MUSIC BY BOTH UKRAINIAN AND FOREIGN COMPOSERS PERFORMED BY THE BEST BANDS IS A SPECIAL PAGE IN THE HISTORY OF DOM MK.
CONTACTS
FACEBOOK
YOUTUBE
57B BOHDAN KHMELNYTSKYI STREET
Phone: +38 067 546 79 52