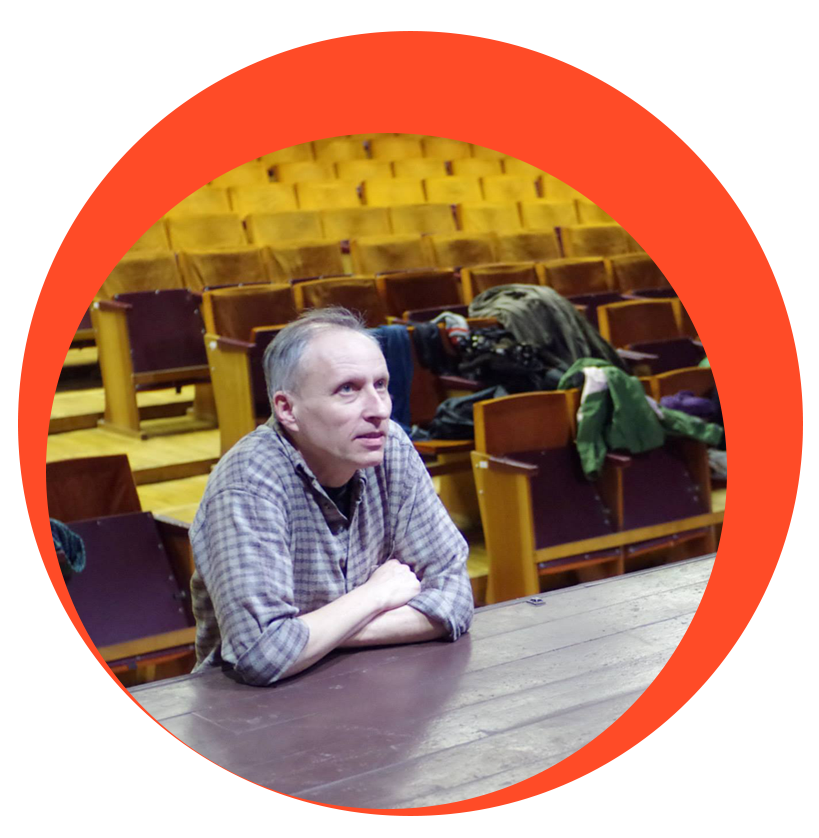 About the Idea
Theatrical productions at DIM MK are an important and unique story of the independent Ukrainian theatre in Kyiv. DIM Master Klass has become the starting point for many educational practices of Ukrainian actors and directors.

Since 2013, we have started cooperation with a Ukrainian-American theatre director Oleg Liptsin, who is the founder of the Ludic Theatre Seminar (LTS). It is an educational and theatrical project whose artistic philosophy and creative method are based on the practices of the prominent teacher Mikhail Butkevich. The Ludic Theatre techniques are now widely used in the world theatre performances.

The reason for the organization of the First Modern Ukrainian Theatre Festival was the 25th anniversary of the founding of the Theatrical Club in Kyiv, one of the theatrical communities in Ukraine, which became the environment for new, free, and creative expression of young and talented theatres.

The idea of creating the Festival was born out of an effort to look at the perspective, determine where the contemporary Ukrainian theatre is going and how it can be tied to both European and world trends, as well as determine the motion environment and vector.

About Personalia
*Oleg Liptsin is the LTS project ideologist, Ukrainian-American theatre director, teacher, one of the leading Ludic Theatre specialists in the world, two-time winner of the Theatrical Prize of Ukraine "Kyiv Pectoral" and a number of other prizes, as well as Candidate of Science in Art Studies.

About the Programme
The Festival's programme was rich and colorful: performances, round tables, and a photo exhibition. The festival began with the performance of Oleg Liptsin ― "The Players" by Nikolai Gogol and ended with the production "The Endgame" based on the drama by Samuel Beckett ("Endspiel" or "The End of the Game") and performed by an international cast. The famous Lithuanian actor Gediminas Sederevičius was engaged in both performances. His brilliant play became the revelation for the Kyiv audience.

Besides, the Festival's programme featured four performances by young directors, the former students of Oleg Liptsin. The first one is "Maritsa's Mother" by Yevhen Hudzyk from Lviv based on the story of Maria Matios "Mamma Maritsa, the Wife of Christopher Columbus". Yevhen Chystokletov and Zhuky Theatre from Donetsk presented the play "Notes of a Crazy Musician" based on the story of Nikolai Gogol. Finally, Liptsin's student from Paris, Vincent Marge, presented Patrick Süskind's play "The Double Bass".
Four theme nights were also held there.

About Our Dream
We would like to organize a theatre school in Ukraine, which could become a certain alternative to modern theatre education. The opportunity to give the knowledgeable audience an interesting theatrical inappropriate art led Oleg Liptsin and DIM Master Klass to the creation of educational and theatrical projects with the participation of both professional actors and amateurs, Oxford Klass School of English, etc. in different years.