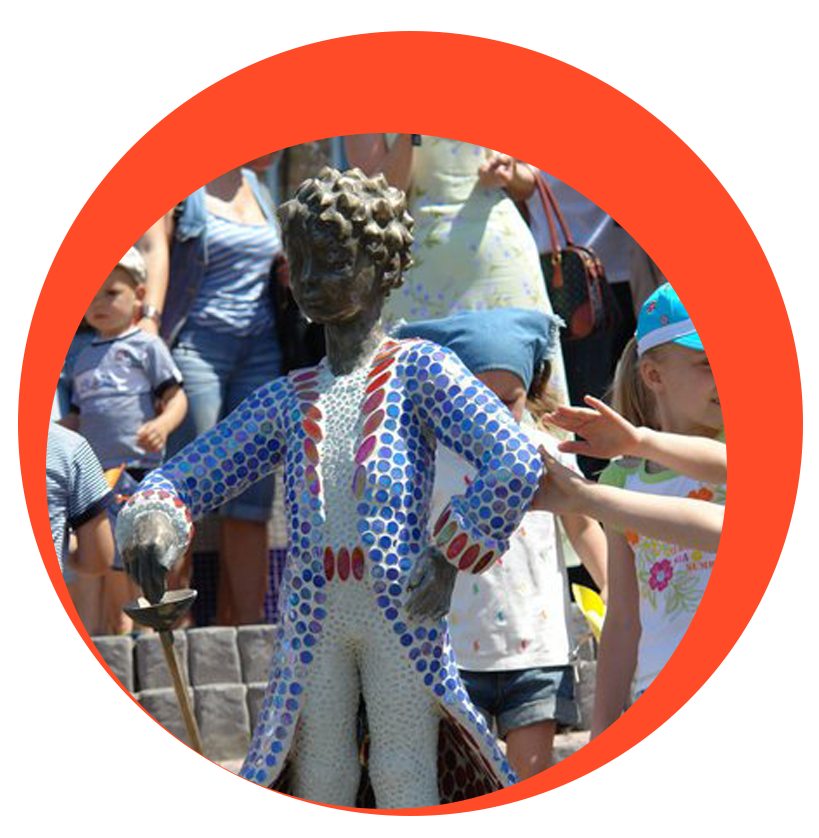 About the Project
The cultural centre DIM Master Klass joined the creation of the Children's Landscape Park on Peizazhna Alley, laid together with the Charitable Foundation "Kyiv Landscape Initiative" in November 2009, as well as became the initiator of the Playground of Riddles, developed and embodied by the Kyiv artists.

Famous Peizazhna Alley, located in the historical area of Kyiv (the so-called Upper City), has become a symbol of the Kyivites' struggle against illegal real estate developers. Due to the efforts of the society and DIM MK, there appeared a Children's Landscape Park – the public garden with lovely animal sculptures instead of skyscrapers in November 2009.
In 2010, a mysterious Playground of Riddles with amazing fairy-tale characters for little Kyivites appeared on Peizazhna Alley through the efforts of DIM MK. The playground has become a real play area. Each of the characters is an illustration of a Ukrainian fairy tale or a riddle.
The sculptor of the project was Kostiantyn Skretutskyi, and the artist who painted the wall in front of the playground with characters of tongue twisters and riddles was Lesia Kara-Kotsia.

About the Goal
We wanted to remind and show all the Kyivites that the well-being of our city is our own doing. The development of Peizazhna Alley and the refinement of this historic district and other districts of the city is a common concern for the city's citizens.